Previously, in part one of this blog series, we shared with you our thoughts on the history and growth of Silicon Valley. This week we discuss the changes we predict will impact the real estate market over the next decade.

What change(s) do you think is going to impact the Silicon Valley real estate market ?

Over the next decade, It is our opinion that the already crowded Hwy 101 corridor between San Francisco and San Jose is going to become a high rise and technology corridor with extensive development and growth that will force the City, County and State government agencies to work together with the private sector to create a coordinated growth and transportation system.  The demand for mass transportation to move people up and down the peninsula is imperative and this demand will flow over into providing access to areas like Gilroy, Hollister, Santa Rosa and Tracy which should eventually become suburbs of Silicon Valley. Incidentally, Walnut Creek got it right by putting BART in decades ago. It is one of the few cities in the Bay Area where you can use mass transportation to commute into Oakland and San Francisco.

We also believe in the long term values in the small towns that make up the Silicon Valley. Many of these small boutique communities will become the Manhattan, Beacon Hill and Beverly Hills of the Bay Area. Atherton and Los Altos already rank as two of the top 10 most expensive towns in the United States and as the population of the area increases, the value of homes in towns like Palo Alto, Los Gatos, Saratoga, and Burlingame should continue to increase.

People are moving away, so where are they going?

We have also noticed that corporations are establishing a presence in Reno and Sacramento.

Per the San Francisco Chronicle, “About 7,000 people moved to Sacramento last year, bolstering the population to just above 500,000 for the first time ever. At 1.43 percent, the city’s population growth rate is the highest of all major California metros.”

“Coastal cities have historically attracted the most new residents, but this is California — and California does things differently. In recent years, experts have noticed a befuddling trend: The population growth of coastal cities is slowing, while inland cities have exploded. Sacramento and Reno both have what San Francisco lacks: affordable housing. They also have a healthy job supply and a growing food and culture scene.”

“Additionally, Reno has pro business tax laws and land to develop manufacturing and research facilities. With its close proximity to the Tahoe basin it offers year round outdoor lifestyle.  It also easily accessible by air, road and train: making it an easy day trip from the Bay Area headquarters. The established rail lines make shipping throughout the country easy.”

We would love to hear your feedback and thoughts. What changes do you anticipate in the real estate market over the next 10 years? 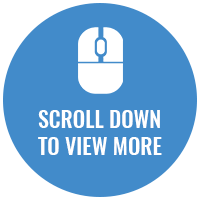